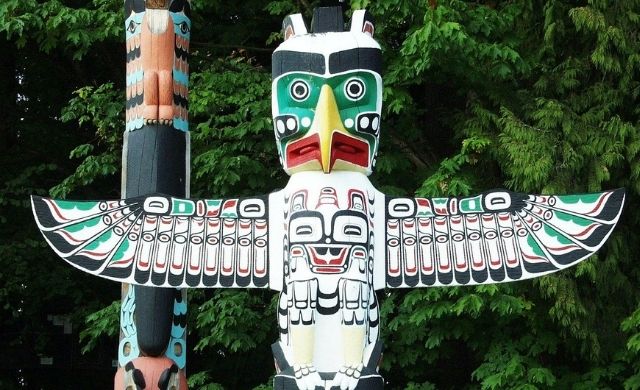 In South Belfast, just outside Dunmurray on the old road to Lisburn stood Conway house. Built during the last century and named after the family name of the Marquis of Hertford.

Many illustrious people have lived here since then, for awhile it was the residence of the Bishop of Down, Connor and Dromore.  The Barbour family, famous linen, merchants owned the property around the turn of the century, Sir. Milne Barbour was the last to occupy the house.

During his extensive travels, he collected hundreds of specimens of trees and shrubs and thus created this mixed woodland which you see today.

The property was purchased by the Pearson family in 1957 and they opened it up as a small private hotel and in 1964 it was sold on to Trust House Forte.

The Totem Pole, which formerly stood on the right-hand side of the tree-lined avenue leading to the hotel, was presented to Sir Milne Barbour in south-east Alaska by an Indian chieftain.  These Totem Poles, usually 15 feet in height and generally carved from cedar wood were created for family reasons, as a symbol of reverence to a deceased ancestor or for the naming or coming of age of children.

Poles could stand inside or outside a house and would illustrate the mythological adventures of a remembered ancestor.  So in many ways, it served rather like a heraldic coat – of arms; or the pictorial signs that merchants and others displayed in Europe in the days when few could read written notices.

The grotesque carvings of animals beaver, dog, fish, bear, whale, sea wolf and thunderbird and characters act as crests, badges or emblems, rather as they do in heraldry or sport. And each pole is an important statement about the person illustrating their mythology of folklore. Some crests are realistic, but others can be completely mythical, Totem Poles are not used in religion or worship, even though they refer to ancestral spirits. Among these Indian tribes, there was a belief that an intimate bond exists between groups of men and animal or vegetable species.  This bond is supposed to help a tribe or one of its individuals in the fight against evil spirits, and in a sense makes sacred important factors of the environment.

In the minds of primitive races, it amounts to a magical bond for protection against the things most feared and in such primitive minds things feared are generally made sacred and propitiated. Some crests are realistic, but others can be completely mythical.

Totem poles were to be found in southern Alaska, and in the province of Alberta, British Columbia and Vancouver Island and surprisingly among the Maoris of New Zealand and no doubt there they serve the same purpose.

We probably will never know the real story behind this particular one, but I can assure you it is the only one of two genuine Totem Poles in Ireland, the other one a Haida Indian type of pole to be found the Dublin Zoo. The Trust house Forte Hotel at Dunmurray is now closed but I was informed recently this unique pole has been removed to The Ulster Museum in Belfast where its future has been assured.

For a photo of the house & original totem pole check out History Hub Ulster’s post!